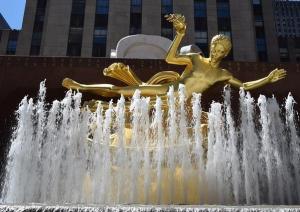 To a New Yorker this is a very familiar statue. To a tourist and a world traveller it is a precious memory. 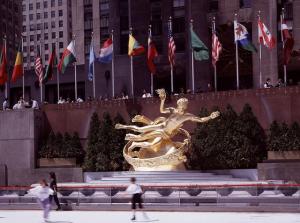 I first heard the name “Prometheus” when I visited Rockefeller Center in New York and saw the iconic sculpture.

My today’s story is about Prometheus and his link to Pathology of Liver Regeneration.

According to ancient Greek belief, Prometheus was one of the Titans, a group of gods even older than the Gods of Olympus led by Zeus. Some stories told how Prometheus created man, first making images in the likeness of gods and then giving these images life. After he had put them on earth he gave them a torch which he had lighted at the chariot of sun, and in this way men first got fire. 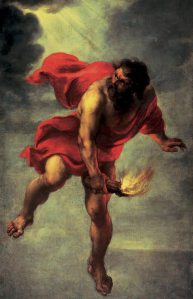 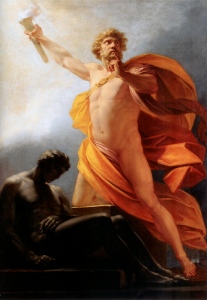 “If the first Prometheus brought fire from heaven in a fennel-stalk, the last will take it back — in a book.- John Cowper Powys.”

The younger god Zeus later took away this gift of fire when he quarrelled with the people on the earth, but Prometheus discovered where he had hidden it and brought it back again. In revenge Zeus chained Prometheus to a rock in the Caucasus Mountains and sent an eagle to eat his liver. The most interesting part of this story is that Prometheus was immortal and the liver grew back to its original size again in the night. Day after day the eagle came back and ate it again.

At one time Zeus offered to release him if he would reveal a secret which threatened the rule of the Gods, but Prometheus refused to be freed in this way. He bore his torture because he knew that in 13th generation a son of Zeus would save him. That is exactly what happened, for the hero Hercules, who was one of Zeus’s sons, killed the eagle and set Prometheus free.

Stories of punishment of Prometheus are frequently used by lecturers on liver regeneration.

According to Dr Chen et al  liver was considered immortal not only because of it’s power of regeneration but because ancient Greeks believed that the liver was the seat of soul and intelligence.  It is clear that ancient Greeks knew about liver’s potential for repair. The fact that the organ grew at night as the eagle ate all day indicates the rate of hepatic regeneration. According to the myth the eagle came every other day, allowing full day to regenerate. The author concluded that the close match between the amount of  liver tissue removed by the eagle, the amount and appropriate rate of recovery suggested that the ancient Greeks had some idea about hepatic regeneration. 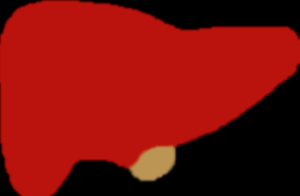 All those interested in Liver pathology and regenerative medicine will continue to be enthralled by the interesting story of Prometheus, the Greek Titan, who brought fire to mankind. A mythical character whose liver grew back every night after it was torn and eaten everyday by an eagle.

Prometheus bound: evolution in the management of hepatic trauma–from myth to reality.

Whither prometheus’ liver? Greek myth and the science of regeneration.

The myth of Prometheus mirrored in intensive medicine.

Hepatic Regeneration-Revisiting the Myth of Prometheus.

Liver regeneration. The Prometheus myth in the light of molecular biology.

The myth of Prometheus and the liver.

Myth of Prometheus in experimental reality; biochemical researches on the regeneration of the liver.